Social Power of The Google Doodle

July 22nd, 2014 Posted by lucas Marketing, Web No Comment yet
The idea of brand logo management has always pretty much been ironclad — a logo can go a long way toward defining a company, but that logo had to be used consistently and correctly across all media, no matter its application.Then how has the recently crowned most valuable company in the world, Google, been so successful in undercutting that tenet of brand handling with its web-defining “Google Doodle” series? 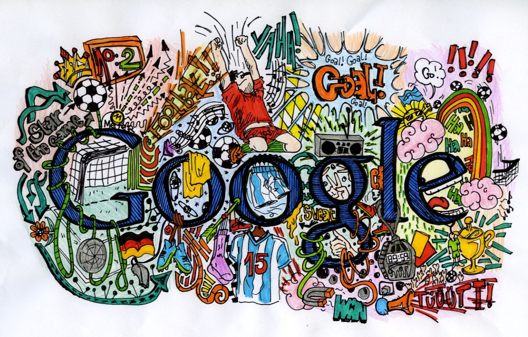 The Google Doodle is more than 15 years old now, having started with co-founders Larry Page and Sergey Brin’s trip to the Burning Man festival (according to legend), but with the emergence of the social web we can begin to see just how revolutionary and impactful these daily logo shifts have become.From birthday celebrations for environmentalist Rachel Carson to interactive Zamboni games, the Google Doodle has become a daily touchstone for the web at large. And whether it’s a SEO grab or just staying on top the zeitgeist, countless websites have begun covering the daily doodle as a significant news event.

The social landscape of the web has also picked up on the doodles as daily trending topics, and using our social analytics platform, we can see just how influential a conversation starter those simple doodles can be.

General Sentiment took a sample of 19 Google Doodles from the last four years to show just how much the social web tends to react to a simple logo change. And where better to start than birthdays? Conveniently, Google tends to celebrate influential historical figures’ birthdays on non-round numbers — like a 266th birthday or a 112th birthday — so its unlikely that people would be truly “celebrating” these birthdays without a spurring from Google itself.

Among 14 birthday Google Doodles measured, conversation volume relating to the birthday doodle subject spiked more than 22,000% on average versus the same day the year before. After a spike from zero for biochemist Dorothy Hodgkin earlier this year, the birthday rankings were led by social volume spikes for music innovator Robert Moog’s 78th (2012) and legendary author Jules Verne’s 183rd (2011). Not unsurprisingly, those two birthday doodles also included interactive elements that spike conversation all on their own.Interactivity of doodles has become something a winning formula for Google Doodle social chatter over the last few years, given a tendency to get lost inside the doodle before you even perform that Google search.

To demonstrate, we sampled six interactive Doodles to see how they performed across social media on the day of their time in the Google spotlight, and found similarly striking results. On average, mentions across the social web of things like PACMAN (2010), Zambonis (2013) and more recently Rubik’s Cubes grew more than 80,000% versus the same day the year before.

And even more powerfully, it seems as though the Doodle continues all these years later to be a driving force behind keeping Google on the tip of everyone’s tongue. Along with expected associated topics like power tech companies Facebook and Apple, products like Chrome and Maps, and phone topics like Android and Nexus, the Doodle ranks among the top 50 topics when monitoring the entire social web for Google conversation drivers during the past year.

Looks like there’s no reason for Google to stop innovating its logo, and graphic designer Dennis Hwang — the Google Doodle guru — can hang his hat on a simple Google product that has kept the company relevant for all these years.

No comments yet. You should be kind and add one!